Prior to building The Garage we had been auditioning for singers & experimenting with a various artists, one of which was the very talented Caroldene Black, a great singer & songwriter from South East London.

Caroldene, Peter Smith & Richard Salt started up a band called “Profile” & wrote several tracks, one of which was called “On My Mind” which attracted attention from Winston Sela who helped us with the production. 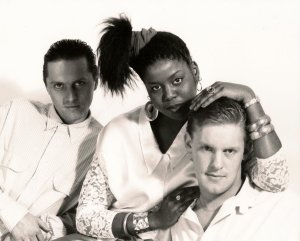